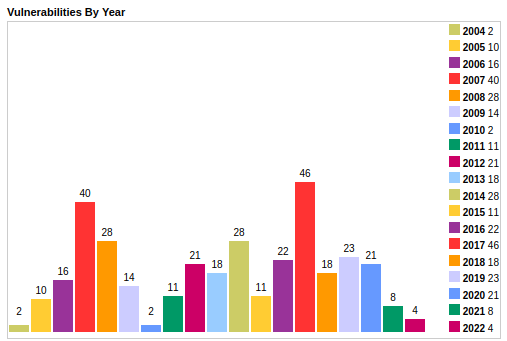 If you have found a vulnerability in WordPress, you may be eligible for a bounty. The bug bounty program is a public process where developers pay bounty money to researchers who discover security holes in WordPress. This program is limited to WordPress core files and is not available for third-party extensions or plugins. It also has rules, including legal action against violators.

Bug bounty programs are a great way to crowdsource security research. Many software vendors use these programs to reward security researchers who responsibly disclose vulnerabilities and security risks. Since WordPress is such a large ecosystem, new security flaws are being discovered almost daily. It is vital that these flaws are found and reported.

WordPress fixed six vulnerabilities in its 4.7.5 release and announced a bug bounty program in conjunction with HackerOne. The updates address cross-site scripting (XSS) vulnerabilities and cross-site request forgery (CSRF) attacks. Users are advised to update to the latest version of WordPress as soon as possible. The update is available through the Dashboard – Updates page. If you’re already using automatic background updates, you’ve probably already done so. If not, you can manually update the software by going to the Updates section of your dashboard.

Bug bounty programs help WordPress improve the quality of its code. Thousands of developers contribute to WordPress’s core. This means that it is far more secure than other software, and the bug bounty program rewards those who contribute the most bugs. It also encourages the public to report security flaws.

WordPress encourages users to use strong passwords. But it is not the only open source project to believe this. The Drupal project makes similar arguments for the use of strong passwords. However, it’s still recommended to never enable display_errors on a production site.

Third-party plugins and extensions are excluded from the program

The WordPress security bug bounty program is not a bounty program for third-party plugins or extensions. The code in these extensions can be prone to vulnerabilities. It is therefore important to ensure that developers update these plugins regularly. While this is not always possible, active developers usually provide regular security updates and bug bounty payments.

WordPress themes are another area where website owners should focus their attention. Many themes are vulnerable to security issues that could lead to a full site compromise if exploited. One study identified over 50 themes with file upload flaws in 2021. These findings show a persistent problem with custom code used for file upload functionality.

In 2021, 35 critical vulnerabilities were found in WordPress plugins, including two with over a million installations. As a result, users scrambled to patch their sites. Hosting providers also took immediate action to apply firewall rules to protect their customers. Fortunately, developers of WordPress plugins responded quickly and released security patches. Some of these vulnerabilities required the use of a valid user account and interaction with the site, which meant that a compromise could have been devastating.

The WP Activity Log plugin has undergone an update. This new version includes new functionality such as filtering and reporting events by severity. Additionally, the WP Activity Log database is now versioned, and custom fields in user profiles can now be excluded from the log. The WP Activity Log has also replaced the external database buffer system with a new Action Scheduler library, which makes it more reliable and fast.

If you’ve been wondering how to participate in the WordPress security bug bounty program, there are some things you should keep in mind. The first rule is that you must submit a bug report. It should include your legal name and a thorough description of the Bug. It should also include any supporting evidence. Finally, you must acknowledge that you have no guarantee that your submission will receive a Bounty.

A bug bounty program is a great way to crowd-source security research. These platforms are used by software vendors to reward security researchers who identify flaws in their products and software. WordPress is a massive ecosystem and new vulnerabilities are being discovered almost daily. Fortunately, this means that the bug bounty program can help identify new vulnerabilities and pay out cash rewards to the best researchers.

Violations of the Terms and Conditions of the WordPress Security Bug Bounty Program may result in legal action. The Program is intended for individuals who identify and report critical vulnerabilities. Individuals who violate these Terms and Conditions may be banned from participating in the Program. WP Engine also prohibits participants from violating laws governing their use of its services. This includes sending unsolicited bulk email, SMS messages, and other communications. Furthermore, it prohibits the distribution of child pornography, erotica, bestiality, and other offensive content. WP Engine reserves the right to terminate the accounts of repeat infringers of its intellectual property rights.

In addition to these Terms and Conditions of Use, the Hostinger Agreement also imposes certain indemnification obligations for its affiliates, subsidiaries, and employees. These obligations also apply to the company’s defense in third-party litigation. Accordingly, if you commit a security vulnerability, you should carefully review the terms and conditions before participating in the Bug Bounty Program.

Keep hackers, malware and spammers away from your website by using the the right security tools